In new government guidance to councils out Monday (11 March 2013) the minister is calling for an end to what he sees as “expensive, unnecessary translations”. Mr Pickles wants these translations reduced in order to help encourage migrant communities to learn English and to generate vital savings for the taxpayer.

Translation services are costing town halls nearly £20 million a year, according to independent research. Mr Pickles believes that this is being caused by a misinterpretation of equalities legislation, from which councils are wrongly believing it is a legal duty to translate documents into foreign languages. 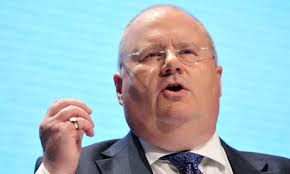 The cost for the translations is currently being footed by taxpayers, and Mr Pickles is quoted as saying; “Britain misses out and our country is poorer if people can’t speak English. Translation services have an unintentional, adverse impact on integration. Ending unnecessary translation will increase the incentive communities have to learn English, which forms a basis for their ability to progress in British society.”

As one of his examples, Mr Pickles feels that local authorities should not be translating in-house magazines. Last year Crawley Borough Council spent over £600 publishing its glossy 12 page quarterly ‘Homelink’ lifestyle magazine into Urdu after a single resident complained they couldn’t read English. Additionally cases like Southwark Council’s full and free interpretation and translation of services into over 70 languages can have an adverse impact on integration by reducing the incentive for some migrant communities to learn English.

Eric Pickles is quoted as saying “Automatically translating endless documents wastes taxpayers’ money and undermines communities – town halls should halt it once and for all. This is putting people, particularly migrants, at a disadvantage because speaking English is fundamental to the ability to progress in British society and to contribute to the wider economy.”

“The government is committed to helping people learn English which helps to promote cohesion and better community relations.”

Last month Mr Pickles set out in a major speech on integration why learning English must be a priority.

Mr Pickles feels that ending automatic translation will promote cohesion and better community relations and help councils make sensible savings, at a time when every bit of the public sector needs to do its bit to pay off the inherited deficit. What are your thoughts on this? Do you agree?

About the Author
YourCulture is a language service provider based in the UK. Providing translation services, interpreting services and cultural awareness training to companies, charities and organisations internationally.
Social Share

Copyright @ 2013 ALL RIGHTS RESERVED
Designed and developed by GatedOn
Newsletter Powered By : XYZScripts.com